Kelly Clarkson has proved to be a multi-talented star since winning the inaugural season of “American Idol” in 2002. Besides charting consistently ever since, she has been a regular coach on “The Voice” and is set to host “The Kelly Clarkson Show” in September. Before that though, she hit the road earlier this year, playing venues across the U.S., her first tour in nearly four years. Lighting design for the “Meaning of Life” outing was by Roy Bennett, who employed an overhead grid of 120 Elation DARTZ 360™ LED fixtures to accentuate nearly all aspects of the highly entertaining show.

Key design elements of the set included a VIP bar that surrounded the B-stage to enhance the party environment, and a large upstage video screen that displayed a variety of content including heavy amounts of I-Mag. The DARTZ, housed in 10 overhead lines of truss, 12 fixtures per truss, complemented both in Bennett’s cohesive design.

“The DARTZ 360 is a bright, reliable, fast, and compact light source,” he said of the narrow-beam LED luminaire, which were supplied for Clarkson’s “Meaning of Life” tour by Upstaging. “It’s proven itself to be the best when used in mass.”

The ceiling of DARTZ fixtures was used for a variety of looks from upbeat numbers to theatrical looks to more subtle moments. The fixture’s punchy output and 3-degree aperture complemented the large video screen without overpowering it. They also provided attractive on-camera visuals for broadcast segments of each show that were live-streamed on Clarkson’s Facebook page.

The compact DARTZ is proving to be an ideal luminaire for large configurations and Bennett has turned to the hybrid beam/spot unit often of late, employing it on designs for Paul McCartney’s “Freshen Up” world tour, as well as Lady Gaga’s Las Vegas residency. 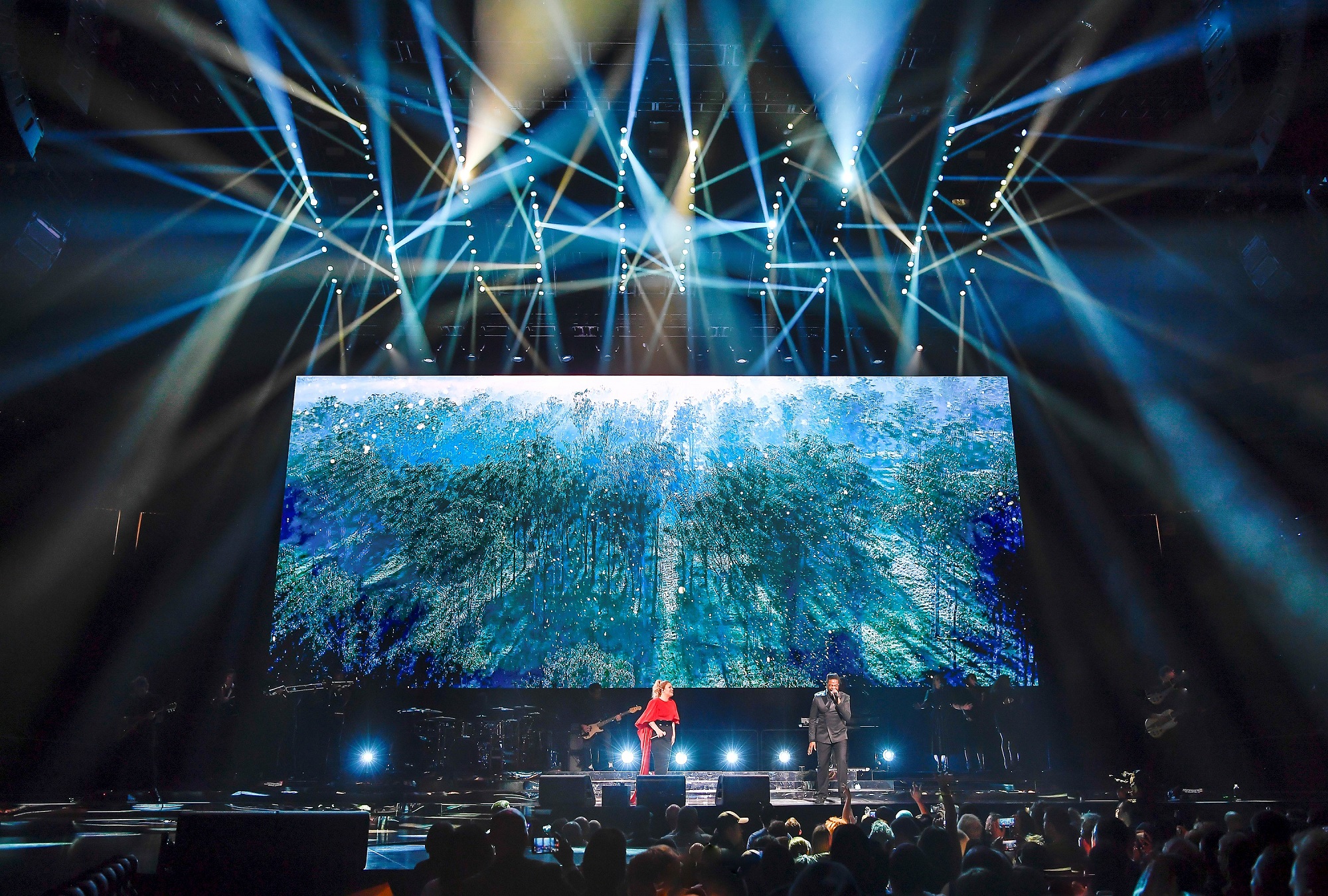 The Grammy Award-winning singer’s voice carried the same control and power that fans have loved since her “American Idol” days and her engaging on-stage presence continues to charm. The “Meaning of Life” tour ran for 28 sold-out dates and wrapped up on March 30th in Greenville, South Carolina.