One of our industry’s most renowned and longest serving lighting designers, Michael Ledesma, has been lighting one of music’s most enduring and beloved artists, Carlos Santana, for the last six years on the guitar legend’s House of Blues residency in Las Vegas.

For the latest run of House of Blues dates in May, Ledesma supplemented the house lighting system with a multitude of gear that included Elation Professional SEVEN Batten™ color-changing LED battens, Arena Par Zoom™ LED Par lights, and Protron Eclypse™ hybrid LED luminaires, along with upstage LED video screens made up of Elation EVHD™ panels. Innovative Concert Lighting supplies the gear for Santana’s shows at the House of Blues.

“An Intimate Evening with Santana: Greatest Hits Live” plays at the House of Blues in Vegas for eight weeks each year and is booked through 2020. Ledesma, who has been lighting shows for over 40 years for legends such as Paul Simon, Kenny Loggins and Gloria Estefan, complements the guitarist’s impressive playlist of Latin rock and blues hits through his signature use of vivid color and layers. 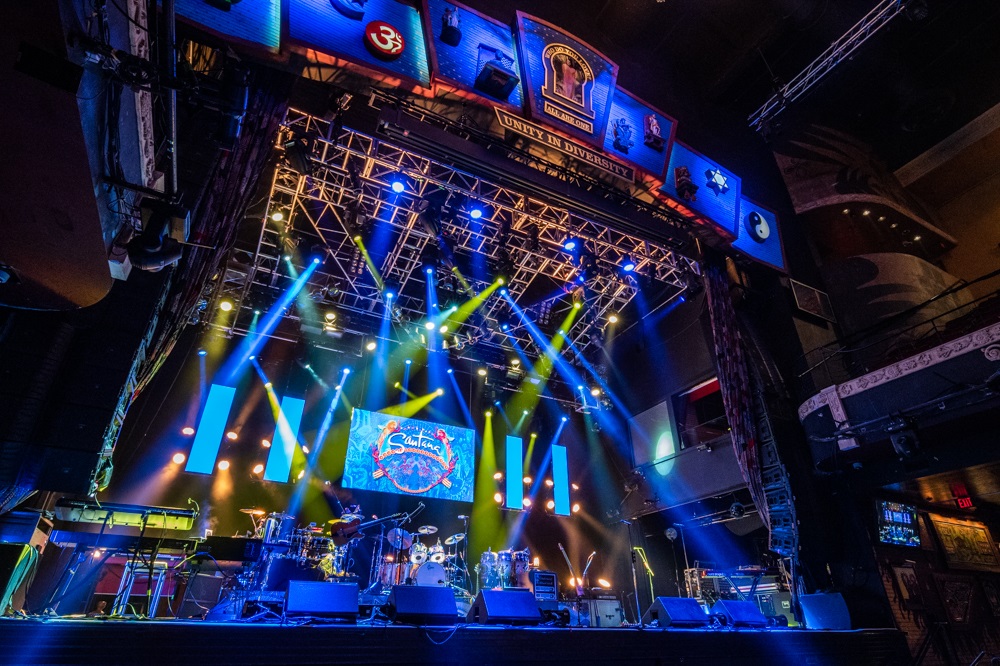 Much of that color comes from 16 linear SEVEN Battens that the LD uses as floor uplights to throw low front light on the band, as well as color onto patterns covering the drum and percussion risers. “It provides a good frontlight but isn’t overwhelming,” he says of the linear lighting effect that houses 25W 7-color multi-chip LEDs. “The colors are good and the video guy has enough output from those to get a nice picture.”

Providing more color and trimmed at about 24 feet are 16 Arena PAR Zoom RGBW wash lights with 10 to 60-degree zoom, used as overhead wash to cover the 40 ft wide by 30 ft deep stage. “The Arena Pars are awesome,” Ledesma says. “The best thing about them is their zoom. I can zoom them out really wide and they will wash all the way to the audience or I can run them narrow and they are great beams. They do double duty.” Also in the rig are a pair of Protron Eclypse, Elation’s new hybrid LED luminaire that Ledesma uses as a wash and strobe effect and 22 of which will see service on Santana’s upcoming tour. 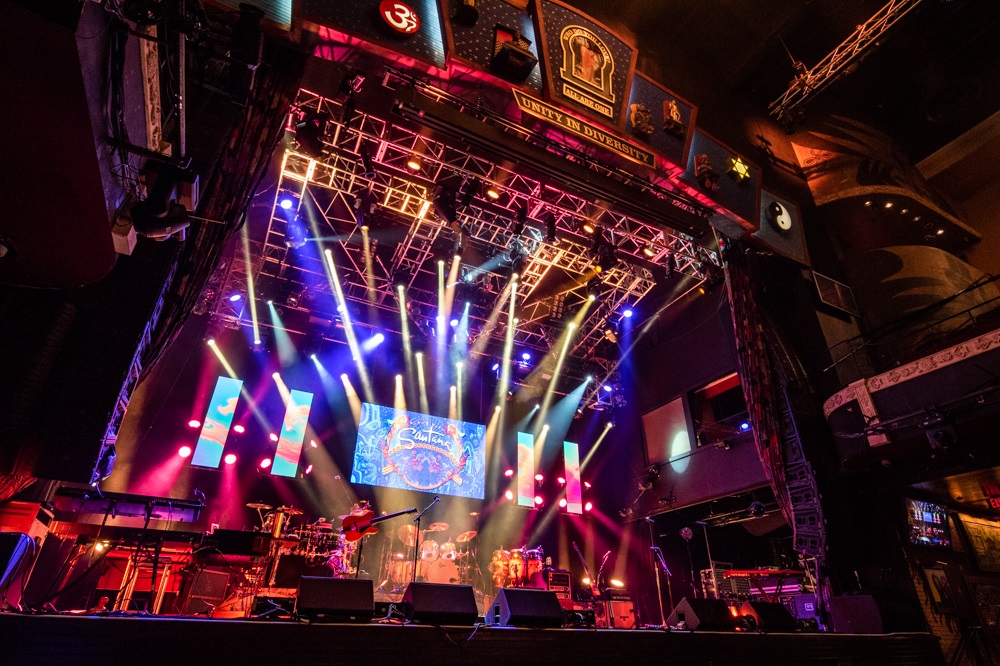 Video strips left and right of a center screen are made up of high-definition EVHD3™ LED video panels, two strips of four panels on each side. The backdrop panels are 3.9mm pixel pitch, black-face LED display panels with a modular front maintenance construction that makes them easy to service.

Besides the Elation gear, the HOB house rig of LED washes and 700W moving heads is also augmented with discharge and LED moving heads. Furthermore, as behind-the-scenes lighting tools help a show run smoother but often get little credit, Ledesma commends Elation eNode 8 Pro™ and eNode 4™ Ethernet to DMX routers, which he uses for DMX distribution and are ideal for large pixel-mapped DMX systems.

The ten-time Grammy-Award, three-time Latin Grammy-Award-winning rock icon and Rock and Roll Hall of Famer is also a top touring act, spreading his infectious brand of music on both U.S. and international tours. In June, Santana kicks off his “Supernatural Now” U.S. tour with a rig that also includes Elation lights so watch this space! The tour celebrates two important anniversaries in the band’s history: the 20th anniversary of their blockbuster Supernatural album and the 50th anniversary of their legendary performance at Woodstock.